Me, Myself & the Methylation Cycle

The Methylation Cycle: What is it and what does it mean for my health?

If you suffer from decreased energy, listlessness or depression that is unresolved, you may want to learn more about methylation. 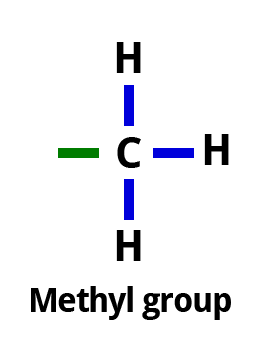 There is a buzz-word floating around the world of integrative medicine recently– Methylation. A quick google search on methylation will make you want to hide under your desk and never come out. Methylation is a broad term. Methylation is the addition of a methyl group (a carbon surrounded by hydrogen atoms) to a substrate and it occurs in the body a billion times per second. Its processes do not just lend themselves towards one of our body’s functions; it underlies about 40 vital reactions our bodies perform millions of times a day. When methylation doesn’t occur as efficiently as it should, illnesses, symptom, and sickness arise. Even symptoms such as fatigue and susceptibility to the common cold can be contributed to improper methylation. 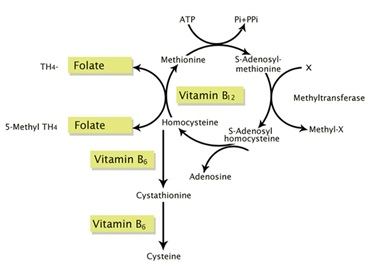 S-adenosyl-methionine synthetase. S-adenosine methionine (SAMe) is produced from this reaction. SAMe then donates its methyl group to a substrate. The substrate is thereby ‘methylated’ and is now able to go out and perform its function in the body. After SAMe loses its methyl group to a substrate, the adenosine left over is hydrolyzed (i.e. water is added) to become l-homocysteine. Homocysteine is either reduced to cysteine in the body or recycled to become methionine. After methionine is created with the help of vitamin B12 and methylfolate, methionine accepts adenosine from ATP, creating SAMe and the methylation process begins again.

What you need to know/the skinny:

A methyl group is donated to a substrate in the methylation cycle, giving the substrate the ‘ticket’ to do other functions in the body.

Methylation cycle is a cycle; this means it needs all the components to happen, in order, for the next step to occur.

But here’s the thing:

Methyl groups are not just donated to one type of substrate– meaning that a variety of important substrates need to have a methyl group attached to them in order to do their job.

The methylation cycle donates a methyl group to norepinephrine in order for norepinephrine to be converted to epinephrine. Epinephrine is a neurotransmitter and hormone that triggers the “flight or fight” reaction in response to stress.

So how does this explain all your symptoms?

The cycle needs to occur efficiently in order for the variety of substrates in the body that need methyl groups to receive methyl groups. Every step in the cycle requires vital nutrients or certain reactions to occur in order for the next step in the cycle to occur. If the body doesn’t have the nutrients it needs, fewer methyl groups get added to a particular substrate (whether it is DNA, an amino acid, etc.) and the substrate cannot complete its functions as efficiently in the body.

For example, vitamin B12 and the enzyme methionine synthase are needed to break down homocysteine into methionine within the methylation cycle. When vitamin B12 is not present in the body, homocysteine is not recycled to methionine and the methylation cycle is paused, causing a build-up of homocysteine. High homocysteine levels are found in over 50% of depressed patients and it is a biomarker for mortality and Alzheimer’s disease. In addition, since the cycle is not running efficiently, all of the substrates in the body that need a methyl group are not getting one and they are unable to do their job.

A variety of factors contribute to how efficiently your methylation cycle ‘runs.’ Things such as vitamin intake (through supplements and food source), alcohol intake, and exposure to chemicals can all modify the way you methylate. In some people, poor methylation is a matter of genetics.

And what can you do about it?

Stay tuned for our next blog concerning what it means to be an ‘under’ or ‘over’ methylator, the difference between folic acid and L-methylfolate, the impact of nutrition on methylation and other important chemical processes that methylation is involved in.